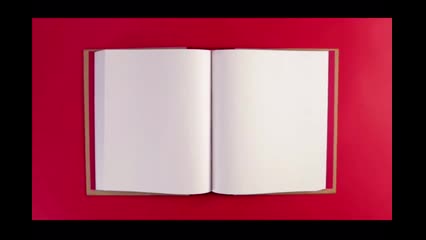 One of the world’s oldest corporate foundations, the Odebrecht Foundation is a private non-profit charitable institution created by Norberto Odebrecht in 1965 and maintained by the Odebrecht Group. Its mission is “To educate for life, through work, to promote values and surmount limits.” As the cornerstone of its actions, the Foundation focuses on People by valuing the Individual and believing in their capacity and desire to Evolve and by creating opportunities for them to positively transform their world. Its essence is based on the principles, concepts and criteria of the Odebrecht Entrepreneurial Technology (TEO), particularly education and work. It currently coordinates three initiatives: the program Tribute to the Future – New Generations; the Publishing Program; and the Program for Development and Growth Integrated with Sustainability (PDCIS).

The program Tribute to the Future – New Generations encourages and facilitates contributions by citizens and Odebrecht Group partner companies interested in funding social and educational activities geared toward children and youth, either through direct donations or by allocating a certain portion of their income tax. In both cases, the resources go directly to the Municipal Funds for the Rights of Children and Adolescents (FMDCA) managed by the respective Municipal Councils for the Rights of Children and Adolescents (CMDCA).

The Publishing Program currently manages more than 60 works. Created in 1983, when Norberto Odebrecht transferred the copyrights of its theoretical legacy to the Foundation, today the programs works to disseminate and uphold the Odebrecht Entrepreneurial Technology (TEO). TEO is the foundation of Odebrecht’s corporate culture and underpins its ethical, moral and conceptual values as well as the spirit to serve of the Group’s greatest intangible asset: its Team Members. These publications are part of the collection of the Publishing Program, which is responsible for the entire process, from publishing and translation to marketing and distribution. The copyrights and income earned are allocated to the activities sponsored by the Foundation.

Since 2003, the Odebrecht Foundation has coordinated the Program for Sustainable Integrated Growth and Development (PDCIS). The activities are concentrated in 11 municipalities with low Human Development Indexes located in the Lowlands of Southern Bahia, which is home to roughly 285,000 people. The challenge of the PDCIS is to make the region prosperous in a socio-economically and environmentally sustainable way by keeping youth in rural areas and integrated with their families. The initiative’s results are constructed through Participatory Governance, in other words, by engaging the local community, government (federal, state and municipal), private sector and civil society.

To promote the productive development of families in rural areas, the strategy of the PDCIS is to work simultaneously on four fronts:

The Odebrecht Foundation offers to the Programs it coordinates and to the social institutions involved its corporate philosophy, the Odebrecht Entrepreneurial Technology (TEO), and provides technological and financial support.

In 2008, the Odebrecht Foundation won the 2nd Brazil ODM Award, granted to projects that contribute toward effective results focused on meeting the Millennium Development Goals.  The institution was the only corporate foundation to earn recognition for including all eight UN Development Goals in a single initiative.

Two years later, the UN honored the Odebrecht Foundation’s PDCIS Program with the Public Service Award. The initiative recognizes institutions that help make the work of government agencies more efficient. The PDCIS program was the only action recognized in Latin America and the Caribbean, and won in the category "Improving Citizen Participation in Public Decision-Making Processes through Innovative Mechanisms."

Another distinction came in 2014, when the Odebrecht Foundation received the NÔUS Trophy from Ecuador's Fidal Foundation. The entity awards the innovation of teachers, personalities and organizations worldwide that stand out for their social and educational contributions in the countries where they are located.